In the quiet of this frosty morning, I once again embark upon my quest. Snow has laid a gentle layer on the streets and rooftops. A blanket of freshness on the world, on this first day of 2017, a good day to restart my quest. 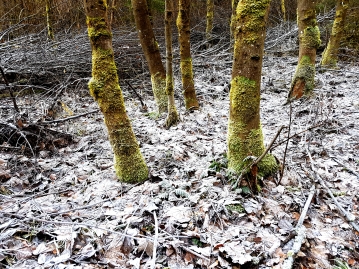 The quest for Jan van Boeckel has been so intense this past year that I needed some time out. Now I am ready to return.

After having seen Dachau and Flossenbürg concentration camps, visiting family, and writing to countless archives in 2015, 2016 was a rollercoaster ride. Here are some of the things I experienced and saw:

It started with a visit to Haarlem with Jan’s two youngest sisters. They shared thier memories and showed me the places relevent to the Van Boeckels. Several times I returned to Haarlem during the year, visiting family, the dunes and other relevant places.

A couple of journeys to Dachau and Saal brought me into contact with researchers and villagers who could tell me more about the subcamp of Flossenbürg concentration camp, the place where Jan was transported in February 1945. There I became friends with a prisoner who had travelled on the very same train with Jan, Jakob Hajblum. Jakob, a survivor, a man of extreme grace, has helped me to understand what hell my uncle experienced at the hands of Nazis, criminals, opportunists and psych0paths.

Saal is a forlorn place, a small, insignificant village. The subcamp would have disappeared as the last witnesses are fading away, if Jakob and a number of villagers had not pulled together in an effort to set up some information boards about the dark history. This summer I witnessed the opening ceremony, where Jakob gave a wonderful speech. 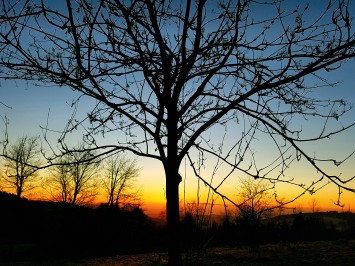 part of my itinerary a couple of times. In the Ardennes I went to the  many locations where Jan and his band of maquis had hideouts during 1944. And I spent several days in various archives in Brussels, finding a wealth of clues and fragments. Additionally I visited the remnants of the Liège Citadel.

I was overjoyed to be able to visit the son of one of Jan’s fellow maquisards. He was able provide me with information about the time Jan had spent in Belgium, which I could weave into the facts I already had. In Belgium I visited the daughter of a friend of Jan’s from his prison days. Not only did both these wonderful people provide me with information, I was able to reciprocate and have provided them with anything related to their fathers that I came across during my quest.

Theo was with Jan when he started out on his adventure into the unknown. He was with him until Jan was arrested. In 2015 I interviewed Theo and phoned him a couple of times in 2016. Through him I was able to retrace the journey he and Jan had embarked upon.

During the year I visited many family members, some several times. Speaking with them about specific chapters of the book I am writing, questioning these witnesses of the past about life in Haarlem before, after and during the war, looking into letters and journals and archives and photographs, triggering thier memories. Checking and cross-checking titbits of information before weaving them into the narrative of the novel.

In the Netherlands I journeyed to the places Jan had been in the Noordoostpolder and I interviewed an octogenarian in Diever where Jan was drafted to the NAD. These bits and pieces have to be woven into the story now.

Not only was I able to visit Ebrach in Franconia, via a researcher I found a wealth of information about the Ebrach penitentiary during the war years. Jan spent several months incarcerated here.

During 2016  I was interviewed about my quest twice. Once by the ITS and by a local newspaper in Bavaria.

When I was not travelling, I was writing the book about Jan, and rewriting after receiving feedback from my proof readers. This is an on going proces, and after a couple of weeks of respite, I am now ready to return to this project, ready to work and re-work the manuscript of a memoir that was never written.

Thank you to all of you who have helped me with the quest for Jan van Boeckel in 2016!

You know who you are: Ad, Anne A., Anne N., Barbara, Birgit, Carolyn, Frans, Ineke, Jaap, Jacqueline, Jakob, Jan, Judith, Leontine, Peter, Roger, Ruut, Sonja, Theo, and all you others, including the archivists and researchers who have assisted me so well.

And now I return with renewed energy to rewrite the manuscript of Jan’s book.

Wishing you all a happy, creative, enriching  2017.