Jan van Boeckel is my uncle who died in a concentration camp in 1945.

After visiting Dachau and Flossenbürg I decided to dive into his story. I found out that as a resistance fighter he was labled a “Nacht und Nebel (NN)” prisoner. The Nazis tried to make sure that no one would ever hear from him again after he disappeared into the brutal penal system in Germany. And when I searched the internet in September 2015 there was only one mention of his name, on the Dutch honours list for those who fought  in the Second World War. 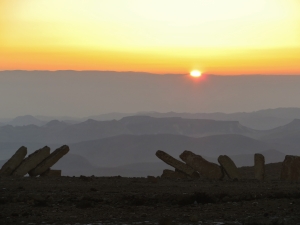 My quest started with the urge to put the memory of this NN-prisoner back into the light and to explore a family myth. Little did I know what a wealth of information was actually available. Starting with the family archives. Members of the van Boeckel family had never given up searching. In a well kept dossier I could trace this search by my grandmother in the forties and fifties, uncle S. in the sixties aided by aunt J. and aunt M. Aunt I. has kept up the search and has a wealth of history to tell. But there is also so much to find in archives scattered over at least five countries, and research done and accounts written over the past seventy years. And more and more archives are being opened up to the public. I have received so much help from family members, especially aunt I. and cousin M., archivists and professional and amateur historians over the past view weeks, and thanks to all of them the story of Jan van Boeckel is slowly being woven together.

The  reconstruction of his story consists of a number of blogs which together form the quest: From Holland to Bavaria: The quest for Jan van Boeckel.

More and more people are joining in the search for Jan, and I have tracked down more clues to what he experienced than I ever imagined possible. But the story is far from finished. The posts appear as information comes through.
For those just joining in the story of Jan I have made an overview of the posts. Here I have presented the posts already written in a chronological Timeline of his life.

7 thoughts on “The quest for Jan van Boeckel: an overview”