This is an episode in “the quest for Jan van Boeckel: From Holland to Bavaria”.

Facts remain the backbone of my story. This is a study of facts which l needed to do to be able to understand any further research on this last phase in Jan van Boeckel’s life – and his death. Not the most inspiring of reading material, I wrote it because it might be useful for anyone else doing research on this place and time, and these events.

Click here if it is too academic and you want to get back to the story on Jan van Boeckel.

This is a short calculation on the chances of surviving the evacuation of the Flossenbürg subcamp Ringberg-Me at Saal an der Donau to Dachau. Click the links if you want more background on the Saal subcamp and the situation in Dachau after the war. 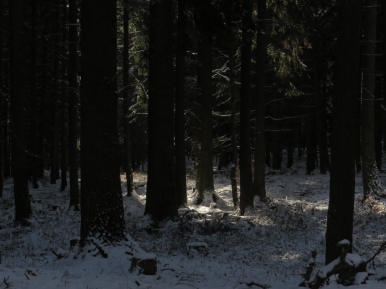 In the sixties two of my uncles, uncle Stan and uncle Jaap, did some very intense research in which they compared the Saal prisoner lists with the Dachau prisoner lists. They did this in an attempt to find out where Jan van Boeckel might have been laid to rest.

The Dachau registration lists reflect the utter chaos prevalent in the camp in the second half of 1945. Many concentration camps, including their subcamps, were being evacuated by train and by foot because the Allies were closing in. The survivors of these death-trains and death-marches were pouring into Dachau in April, leaving a trail of bodies behind them. Dachau was overcrowded and the Americans were nearly on the doorstep. Due to the ensuing chaos registration in Dachau at the time was not always accurate and sometimes a wrong, or no arrival date is given. At a certain point newcomers were not even registered.

I have studied uncle Stan’s and uncle Jaap’s research so as to understand what their assumptions were at the time, and what has changed in our knowledge base in the meantime. They concluded that 70 men had survived the evacuation from the camp at Saal an der Donau to Dachau. Secondly they concluded that the Dachau prisoner numbers of these men were within the range 159609-160059. Because they worked with assumptions that have since become faulty, these conclusions are not correct anymore. Below I will name the  premise they worked with and what information has become available since the sixties. I will then offer a new conclusion. 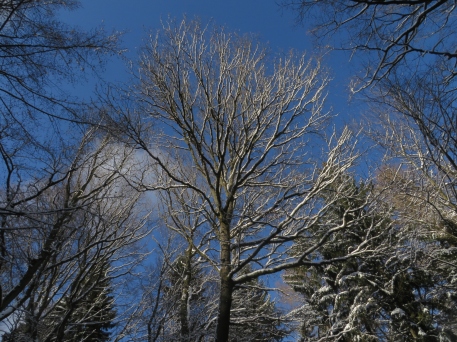 Taking all this into account it would seem that 70 of the Saal prisoners who walked to Dachau survived. It also means that 70 of the Saal prisoners who travelled by train survived. Twenty more survivors should be added to those who travelled by train as the chances are that many of the men from the November 1944  group (see premise 2) were in a bad state due to having been exposed to the bad treatment in Saal for longer, and went by train instead of walking. This would mean that about 160 (70 + 70 + 20) of the 726 prisoners of subcamp Saal survived. This is confirmed by Benz (2007), who mentions 154 survivors, based on a statement made in 1969.

So we can safely conclude that, of the 350 people who were sent by train, a maximum of 90 survived. This makes the odds of surviving the evacuation by train around 25%. In contrast the survival rate at the camp in Saal was on average 66%, although it was deteriorating quickly over time.

The numbers of the Saal prisoners who arrived in Dachau by train range from at least 159598 to 160059. I am not sure if those who walked to Dachau received a number. This range of numbers presumably includes prisoners who died on the train, prisoners who died just after arrival and the train survivors themselves.

In all probability Jan van Boeckel recieved one of these numbers when he was already dead.

This is an episode in “the quest for Jan van Boeckel: From Holland to Bavaria”.

9 thoughts on “Slim Chances in Saal and Dachau”