Trying to get an insight into Jan van Boeckel’s life while he was with the Maquis in French speaking Belgium, I have tried to weave some stories together.

First of all I have perused some accounts of different partisan groups in the general area, secondly some scraps of information about the group itself and people they met and thirdly what Theo told me when I visited him at the end of last year. And of course the statements of five of the maquis when they were prisoners, written down by the SIPO-SD in Liége Sifting between, truths, half-truths and information gotten under duress I have woven a story and this is the result:

The resistance in Belgium consisted of countless groups which sometimes merged and inter-merged during the war years. These groups all had their own political and religious affiliations. Jan came into contact with the Front d’Independence in Liége, as I explained earlier on in the post Joining the Maquisards in the Ardennes .  Originally a communist movement, it incorporated different resistance groups during the war years and people of differing political and religious colour. Many resistance groups were once again combined in the ‘Armée secrète‘ the Secret Army in 1944

To illustrate how difficult it is to search information on Jan van Boeckel’s group, I will list some of the names which are used in the various sources :  Résistants de Front d’Independence, Résistants de Armée Secrète, Maquis d’Engreux ,Partisans de Houffalize, Brigade de Houffalize, Partisans Armés, Partie Nationale Belge Patriotique, Maquis d’Ardennes, Armée Belge des Partisans, Milices Patriotiques and L’Armee Belge des Partisans, Resistants de Ambleve-Ourthe and the Maquisards des Ardennes. And then I have not even listed any of the codes used.

The groups were forever being regrouped and divided as they lost people in their ranks and incorporated others. Many of the maquis groups that were hiding out in the thickly forested Ardennes were very unlikely combinations of nationalities and backgrounds: former Belgian military men, escaped Russian or Polish POWs, forced labour evaders from Holland, France or Belgium, students, factory workers, American and British Airmen. Due to the young forced labour evaders, there were large number of inexperienced fighters amongst them, which was a continuous challenge. A constant trial was also the need to find enough food to sustain them all. They often had to resort to robbery of German targets and farms to provide money, stamps and food.

Before Jan joined their group in the forests of Compogne, the Maquis d’Engreux had experienced trying times. Life was dangerous and volatile. Let me return to the beginning of 1944, when Theo and Jan had not yet arrived.

TinTin and Milou, two Belgians from Messancy in the Ardennes who I introduced in the blog post Joining the Maquisards in the Ardennes were incorporated into the group in January 1944. They joined up via the Frenchman Marcel Boeur, who was a Sergeant of the Front d’Independence and citizen of Athus. At that time this group lived in a house in the forest near Filly. Vincent Longton and Raymond François from France were also there.

During a raid at a distribution centre on the first of February in the village Nadrin, three of their fellow Maquis, including the leader, were shot in an ensuing fight with the Germans. Marcel Boeur was taken prisoner, incarcerated in Liége and executed a few months later in the Citadelle, 19 years of age.

They immediately relocated  to the last house in Bonnerue, which they called a ‘hangar’. A number of Russian POW’s joined the group around that time, including a Political Commissar named Nikolai who became the new leader.

On the 29th of January, after bombing Frankfurt, the American airmen Harold Pinder and Abe Sofferman were shot down by the Germans near Wibrin. They were rescued by a wildly gesticulating group of maquis, which probably were the group of TinTin and Milou, as Filly is close to Wibrin. They might however also have met them later in Bonnerue, as Abe and Harold were brought back to Bonnerue to hide.  The  Airmen had to change into civilian clothing and eventually after long treks through the forest were brought to a maquis camp called Byl at Harre, between Werbomont and Manhay. At the end of  February this hideout was encircled by Germans and the international gang of maquis had a four day standoff in which Abe was killed during a breakout, 23 years of age. Harold Pinder was later captured and sent to a POW camp in Poland, but survived the war. This later turned out to be one of the most famous maquis battles in the Ardennes. 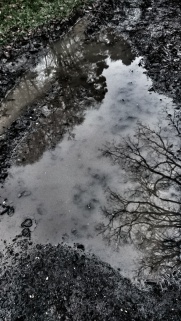 But back to Tintin and Milou. When Abe and Harold changed into civilian clothes, as they had to do pretty quickly, their army uniforms were left at Bonnerue. I found pictures of Tintin and Milou and Vincent Longton parading around with weapons at the ‘Hangar’ in Bonnerue, wearing Abe’s furred boots and his bomber jacket.

Other airmen that probably had contact with this group were Malcolm Eckelberry and Leon Levens who flew to Frankfurt on the 29th of January, and whose airplane was also shot down. I could not find any further background information, only that they were helped by Marie Leonard and Alphonse Maréchal of Houffalize and that they also probably had contact with the Maquis d’Engreux.

At the beginning of March the group moved to the last house in the village of Engreux.  And then to the Moulin de Spitange, which was situated in a very secluded area of the village. The group at that point counted among its ranks the Commandant from Liége,  four Russian POWs including the Commissar, Four Frenchmen, (Vincent, Raymond, Dédé and André), the Algerian Robert, and the Belgians TinTin, Milou and Paul.

Between the 10th  and 21st of March Vincent Longton and Raymond François were arrested on the street in Engreux, after a short unequal fight. Paul Cordonnier was arrested at the mill. They were all brought to Liége and executed in the Citadelle. 20, 19 and 24 years of age. The mill of Spitange was blown to ruins.

The others had all escaped in time to a new camp in the forest near Compogne. This is the camp where Jan and Theo arrived at in the second half of March.

That first night with the Maquis, set the scene for their lives during the weeks to come. Terribly cold, uncomfortable, hungry, always on the run, but free. The blankets in their earthen home were lice-invested, and stayed lice-invested. Theo and Jan did their best to stay clean by bathing in the ice-cold water in the side streams of the Ourthe, but it was to no avail as some of their roomies never bathed or washed. 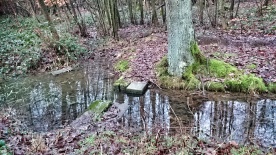 A couple of days after their arrival, the Commandant, their leader and liaison with the headquarters in Liége, came by. With explosives in his bags, he had cycled all the way from Liége to their hideout near Compogne. Explosives that were to be used in sabotage activities. The day to day command was in the hands of the Russian commissar. He divided them into groups with specific tasks. His job cannot have been easy as he had a couple of Russian soldiers, and a large group of young, mostly inexperienced ‘Refractaires’, forced labour draft evaders.

Their orders were either related to sentry duties, gathering provisions or resistance activities.

For the acts of sabotage or liquidation attempts Jan and Theo were not always appointed to the same group. The stories Theo told me about activities he was involved in are related to blowing up electricity lines with dynamite and an attempt at liquidating collaborators, Rexists ( Belgian Nazis) and raids of farms. What resistance activities Jan was involved in I cannot even start to guess at.

Ever vigilant for the Germans combing out the forests, the camp was guarded 24 hours a day and everyone had at least two hours of sentry duty daily. This was strictly supervised by the Commissar who threatened to shoot anyone who fell asleep during  the guard duty. 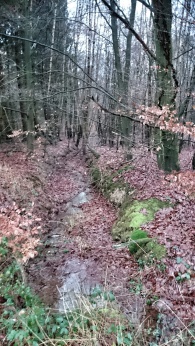 The gathering of food was one of their main occupations. The maquisards had a deal with the baker in Compogne. He received flour stolen from a German storehouse and from the miller of the Mill of Rahimont in Bertogne, who took a percentage off the grains delivered by the farmers. This provided them with a new load of large, round breads every week. But this heavy load had to be collected at night and carried deep into the forest in course gunny bags. Not an easy job over rivers and hills and barbed wire fences. They also collected other foodstuffs at fixed addresses where they were welcomed with coffee and cognac and provided with potatoes, bacon, butter, cheese, ham and eggs. A man named Jules Schumacher from a neighbouring village, who had a small hunting hut in the forest, came by now and then to bring them cognac, food and news from Radio London.

Finding enough food was a problem. At times they could catch frogs in the streams and eat frog-legs with dandelion leaves. Sometimes they had nothing. And then they would descend on a farm in a group to get food, at times by force. The meat supply was sometimes appropriated from farms. Beforehand the telephone wires were cut, just to be sure. They climbed up the telephone poles with barbed wire wrapped around their legs. Then they forced their way into a farm or several farms, put all the inhabitants against the wall, held them at gunpoint, had the farmer or one of his sons bring them to the shed and selected a calf or small cow. This cow was walked through the forest, which was not easy, and at a safe spot it was killed and butchered by the experienced Russians. The meat was than transported to camp and some of it stored in the cold water of the river. 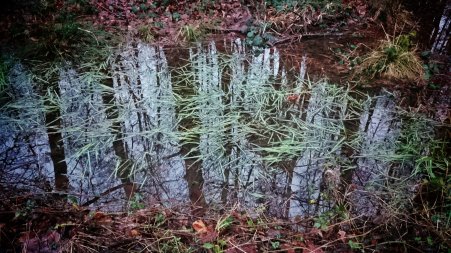 When I interviewed Theo he said that the farmers were very much in favour of the Maquis and their cause. But to have a bunch of strangers from foreign countries hold you at gunpoint against the barn wall and steal a calf? Theo describes however that the Maquis did leave signed papers which stated that the farmer should be  compensated for his loss after the war. And they were indeed compensated. I wonder what Jan thought about all this . He comes across as a principled, idealistic, empathetic man in the short notes in his diaries. Difficult choices stayed with him that year.

And then they lost one of the most important group members, but that will be told in a following episode…