From Oisterwijk Jan and Theo spent about a month moving from house to house and made their way via Maastricht in the Netherlands to Liège in Belgium. I will recount that leg of the journey at a later point. Thanks to cousin M. I will be visiting a part of the route shortly.

I’m picking up the story in Liège. What happens next was described to me by Theo, Jan’s friend from Haarlem. From the son of Victor Meunier, one of the maquisards (freedom fighters)  who survived the concentration camps, I received a short account by post. With the help of a researcher at the war documentation center in Belgium, I got hold of documents which provided a totally new perspective on the time  Jan spent in Belgium and his subseque 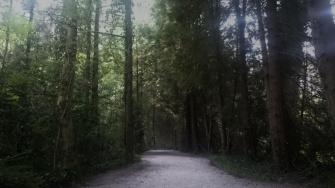 nt arrest. These incredible  documents are the statements given to the Sipo-SD in Liége. Extensive descriptions by five of the maquisards after they were arrested, information which was gotten under duress by the Gestapo. As horrible as it might sound these deliberately obtuse and misleading statements have many references to real situations and places and can be used to get to know more about Jan’s story.

After making  their way to Liège in eastern, French-speaking Belgium, Jan and Theo more or less accidently made contact with the Front d’Independance, the Independent Front or FI. This was a Belgian resistance movement founded by communists, although they aimed to unite Belgian resistance groups of all opinions and political leanings. In addition to sabotage operations and illegal press activities the FI organised  escape routes and false documents. Forty thousand Arbeitseinsatz (forced labour) men, or “réfractaires” as french-speaking Belgium called them, were hidden by the FI’s “Organisation Socrates”.  Many réfractaires went on to enlist in resistance groups. And this is exactly what Jan and Theo did in March 1944.

The boys could not stay in Liège for long as they were a liability:  their French was not good enough. I expect they had to sign some papers that they were joining the FI. In Jan’s interrogation dossier he refers to signing a declaration for a subdivision of FI, the ‘Partie Nationale Belge Patriotique’.  Having received thier false papers, they were picked up by an FI-man in Liége who would accompany them on this step of the journey.

They took a tiny old tram which was heated by a small burner to Barvaux-sur-Ourthe. Terrified of being discovered by German police at every stop the tram made, the cold sweat stood on their backs. At this point Jan says they took the train to La Roche, but that was probably made up to put the interrogators on the wrong track.

9 thoughts on “Joining the Maquisards in the Ardennes”